I heard Pierre Hermé opened a shop in Kyoto during some non-compete time period from a former employer. Anyhow, there’s a small boutique inside the Ritz Carlton in Kyoto. 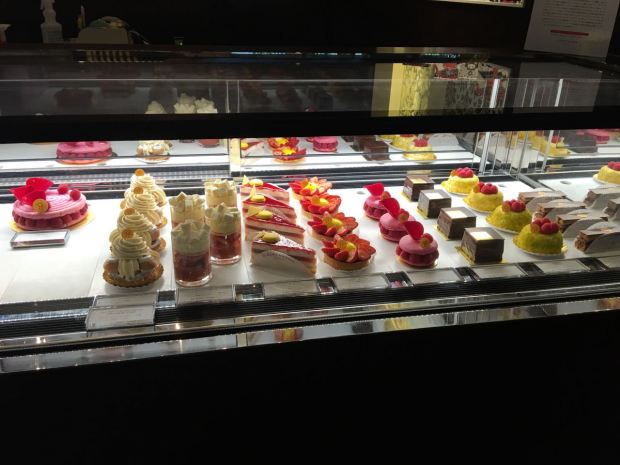 I kind of wish I tried the mega-ispahan, because I’m an American and we like things huge lol. I also heard people propose using this thing. Imagine a ring on top of that.

Instead, I got the normal Ispahan. Quite beautiful on display!

Of course packaging is top notch. 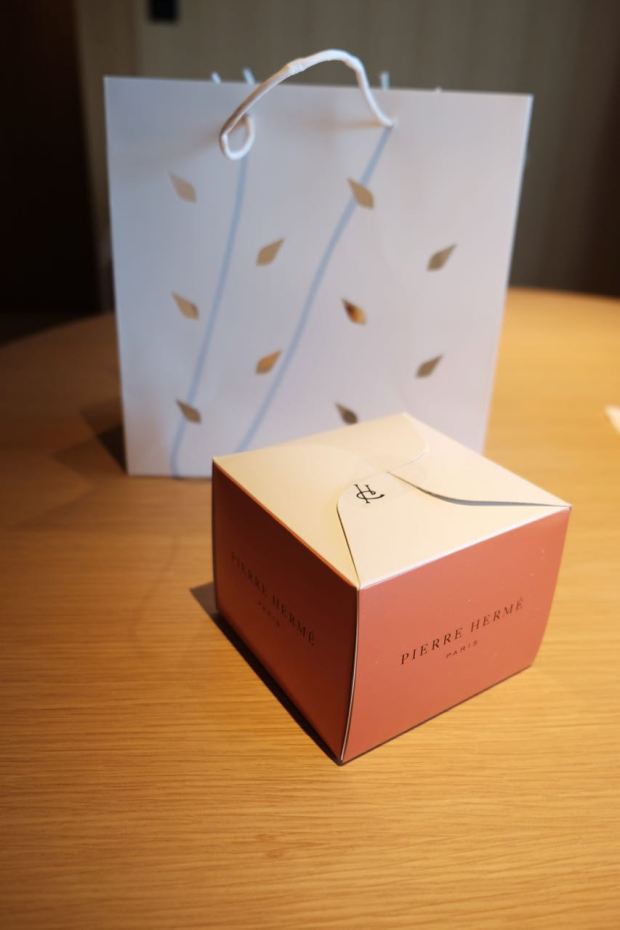 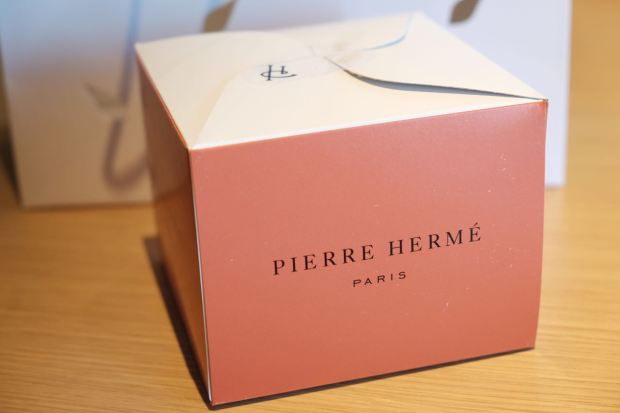 I salivate just looking at this. 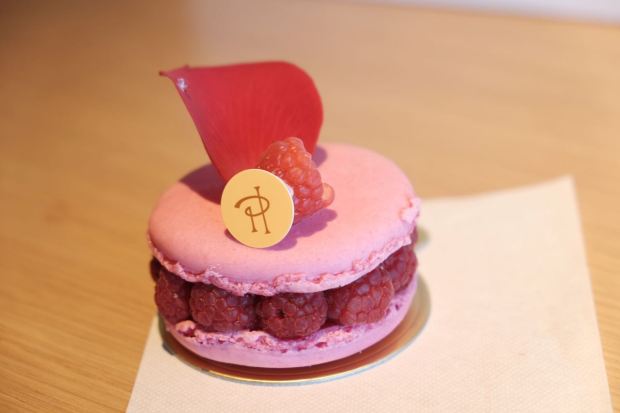 You can see raspberries along the perimeter. Inside the ispahan is rose cream and a chunk of lychee. 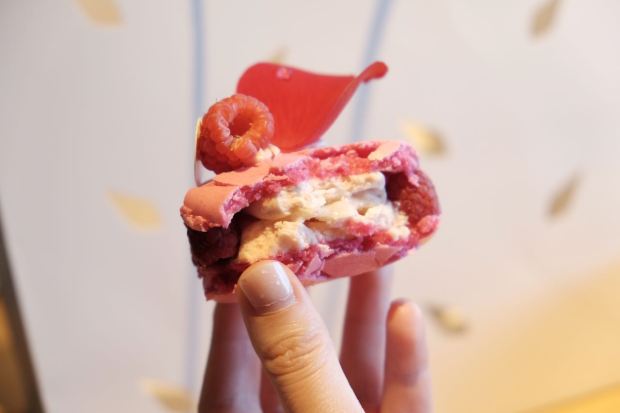 Here’s a closer shot showing the lychee chunk between the cream. The macaron itself has a delicately crisp shell with a chewy, moist interior. 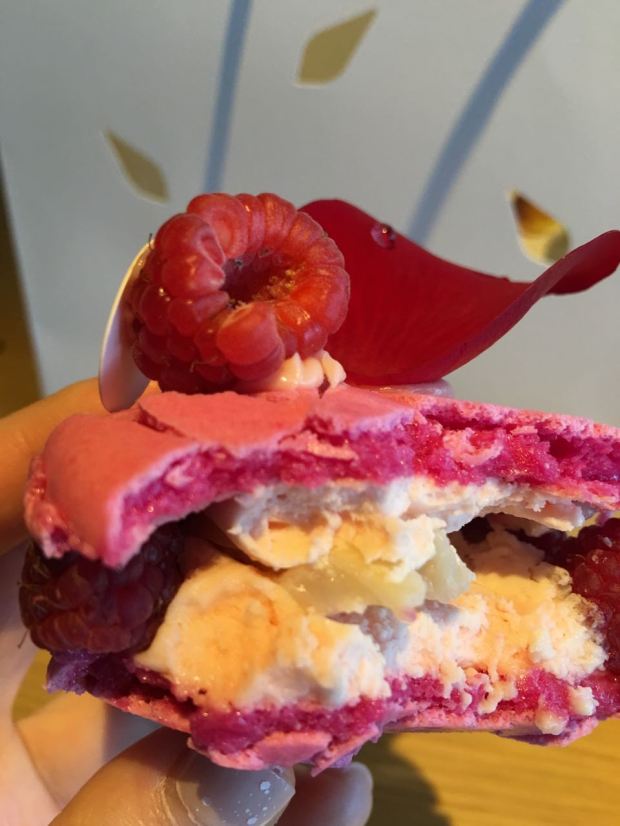 That was the best macaron I’ve ever had. It tasted better than it looked! Definitely would eat again.

Later, I bought a pre-packaged set of madeleines from a department store that sold Pierre Hermé goods. Turns out the raspberry rose flavor works in that format too.